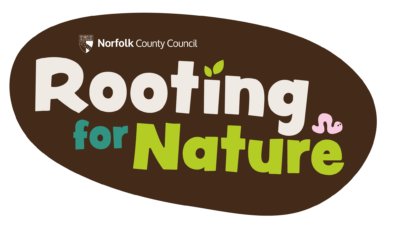 Composting at home is the simple way to help nature restore your garden’s health and vitality.

Step by Step guide to composting 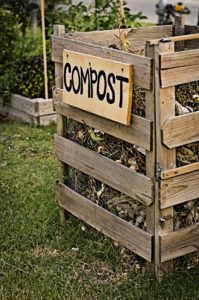 Find out where’s the best place to put your compost bin, what ingredients to put

in and how to get your compost out and use it.

Click here for a step by step guide to composting

Making your own Compost bin

Many people choose to make their own compost bins out of pallets, wire or other materials alternatively just make a loose heap in a garden corner! Try this build a compost heap guide  from the BBC for some great ideas. Why not share your tips for homemade compost bins with us on social media, tag us with #NorfolkRecycles.

Making your own Wormery

Wormeries use worms to create dark crumbly compost from your kitchen and garden waste. If you haven’t the space for a traditional compost bin, you could find that worm composting is just the thing for you. This factsheet explains how to make a wormery from stacking boxes for a fraction of the cost of commercially available models.

Norfolk Master Composters are hosting a number of online workshops this autumn and winter to help you get started or improve your composting.

How to buy a bin 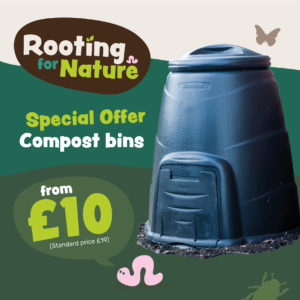 Norfolk County Council have teamed up with
Get Composting to offer cut price compost bins
to Norfolk residents. 220 litre compost bins are available for £10 and you can buy one get one half price.

Compost bins will also be available to purchase from all 20 Norfolk Recycling Centres. 220 litre compost bins are available for £10 and you can buy one get one half price. Find your nearest local recycling centre here.

NB. This offer is limited to 2 compost bins per customer. 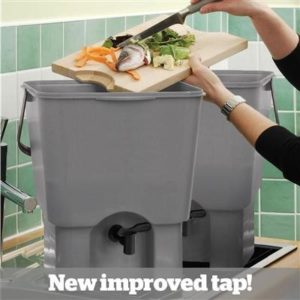 Bokashi Bins allow you to compost all of your food waste including meat, fish, dairy products and any other organic material in one container.

Add your kitchen waste to your Bokashi Bin, sprinkle on a handful of Bokashi Bran and seal the air tight lid to start the fermenting process. After a few weeks your waste can be added to a conventional compost heap, or dug straight into the ground.

For Norfolk residents the Bokashi bin twin pack is available at a reduced price of £15, (standard price £24.99) from www.getcomposting.com 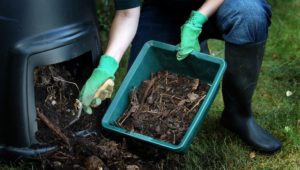 Are you having trouble getting your compost just right?

Is it too wet, dry or smelly? Do you have some unwanted residents?  We have collated some advice on how to deal with the most common home composting problems.

Getting Help and Local Events

We are here to help if you have any questions or need advice on composting there are lots of ways to find out more:

Garden Organic – lots of information on organic gardening and composting, including an app for your smart phone

Recyclenow.com  – easy steps to help with your home composting

Lucy Land
Lucy and her husband are first time buyers are really excited about having a garden  to try composting.

“It all seems to be going quite well actually. I’ve been surprised to see things turning into what looks like compost quite quickly, and I’ve been remembering to turn it all now and then, and trying to keep the mixture balanced.  The only thing I’ve found off-putting is the yuckyness of the kitchen caddy once you’ve emptied it, as I was told you don’t really need to use bags. I think I might go back to using them though! It’s all been fairly straight forward though. I just need the gardening skills to make use of the results!”

Gavin Baker
Gavin has a 3 year old daughter who he would like to get involved with learning how to compost. They have a large garden and used to have chickens who ate some of the veg and salad scraps. Now they no longer have chickens they have noticed that they are throwing a lot more away. They are concerned about this and are starting composting instead. 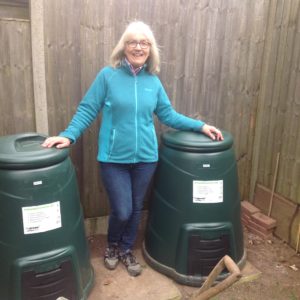 Alexis and her husband are newly retired with 4 grandchildren.

“The home composting is going really well. We have managed to fill one bin and half way with the second.

I’ve noticed that it’s much slower in winter. I was really surprised in the summer when I thought we had filled the bin to the brim, and with one or two turns with the fork it sank down quite remarkably. It seemed as if it would never be full. We have looked at the bottom layers through the hatch door and the “compost” looks really dark brown, so that must be good. (Haven’t seen any worms though, even though we added a few which we have found)

All our fruit and veg peelings go in, which I chop up first to help the process along, I keep a big pair on scissors near the compost caddy in the kitchen to cut the veg as we use it so it doesn’t become a laborious task. “

Karen Davies
Karen has a very small garden with one raised bed. She has been using Bokashi composters (these are small containers that use micro-organisms to speed up the composting process).

“It was a doddle getting the bins started. I found instructions on the internet and followed them. It took a while for anything to start happening, but once the bran got to work, the liquid formed and I was able to syphon it off to use in the watering can and, in concentrated form, down the drains. As I’m vegetarian and cook from fresh most days, the majority of my food waste can go in the compost. Both bins are now in use and the compost is dug into my raised herb bed – which is thriving!”